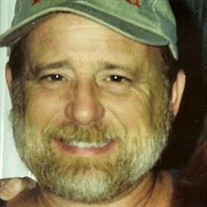 George Roger Perry, of Mineral Springs, NC went to heaven on Monday, January 11, 2021. He was at his home, surrounded by his devoted wife, two daughters, son-in-law, and grandchildren. His sudden and unexpected passing came as a surprise due... View Obituary & Service Information

The family of George Roger Perry created this Life Tributes page to make it easy to share your memories.