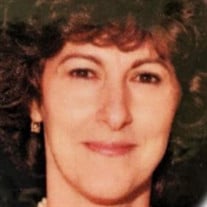 Lydia Gallardo Eger Lydia was born in the Bronx, New York - a borough of New York City - to Joseph and Ernestine Gallardo. She joined her big sister, Mercedes Carmen, who was 7 years old at the time. The family moved out to Long Island when Lydia was in 6th Grade. Lydia graduated from Patchogue-Medford High School in 1960. It was at Patchogue-Medford High School that she met the love of her life, John Matthew Eger. After high school, Lydia worked full time for New York Bell Telephone from 1960 to1963. She was a ticket puncher in the accounting department, documenting customer accounts. Lydia and John married on September 15, 1962 in Patchogue, New York. The couple welcomed 2 little girls: Lisa, born in 1963 and Christine in 1966. The Eger family moved to Tucson, Arizona in 1972 and lived there for 11 months before returning to Medford, Long Island, just several miles from Patchogue. While back in NY, the family began attending First Baptist Church (which John had attended as a child) and within a few months, Lydia, Lisa, and Chris also received Christ’s gift of salvation. In 1978, Lydia was baptized with her best friend, Lucy Garcia. The Egers decided they liked the desert after all & moved back to Tucson in 1978. Lydia worked as a church secretary at Palo Verde Baptist for 10 years. She then worked with children as a teacher’s assistant for seven years at Lamb’s Gate Preschool at First Evangelical Free Church. Lydia and John moved to Waxhaw, North Carolina in 1999 to be closer to their six grandchildren. They attended Waxhaw Bible Church and were active in several Sunday School classes and a small group. While having their house built, Lydia volunteered at the JAARS Center in both the MK Station (childcare) and Purchasing & Shipping departments. Lydia again worked as a teacher’s aide at the preschool at Calvary Church in Charlotte for several years. The last job that Lydia had put to use her fluency in Spanish as a translator at the Department of Social Services clinic in Monroe, NC. Lydia was fluent in Spanish as it was the first language she learned at home. She did not learn English formally until she began first grade in the Bronx. Unfortunately, Lydia was diagnosed with Alzheimer’s Disease (AD) in 2012, after several years of displaying behaviors common to AD. That terrible disease is what eventually took her life. It was increasingly difficult for Lydia and for her family and friends as she experienced, and they witnessed, Alzheimer’s Disease ravage her mind and her body. Her high school sweetheart and loving husband, John, took tender, compassionate care of her the entire time. He has been a godly example of what true love looks like “in sickness and health, until death do us part” for his 6 grandchildren, 2 daughters and their husbands, and ANYONE who knows John. The Waxhaw Bible church body supported John and Lydia during this long battle with Alzheimer’s. They provided countless meals, lawn service, and house cleaning for them. What a wonderful example of being the hands and feet of Jesus! Lydia is preceded in death by her parents, Joseph and Ernestine Gallardo, and her sister, Mercedes Tims. She is survived by her loving husband of 57 years, John; her daughter, Lisa Perry (& husband Jimmy) of Apex, NC; daughter, Christine Daly (& husband Chuck) of Waxhaw, NC, & her 6 grandchildren: Matthew Daly (Sandra) of Fayetteville, GA; Daniel Smith (fiancee’ Allison) of Cary, NC; Stephen Smith (Alyssa) of Raleigh, NC; Alaina Daly Godfrey (Max) of Durham, NC; Samantha Smith of Fuquay-Varina, NC; Alexandra Daly of Chapel Hill, NC; and her great-grandsons, Tristan Godfrey and Ben Daly.

Lydia Gallardo Eger Lydia was born in the Bronx, New York - a borough of New York City - to Joseph and Ernestine Gallardo. She joined her big sister, Mercedes Carmen, who was 7 years old at the time. The family moved out... View Obituary & Service Information

The family of Lydia Eger created this Life Tributes page to make it easy to share your memories.