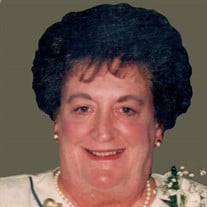 Margaret (Peggy) Kendall Pierson Dowling, who was affectionately known as, Woman! by all those close to her, left us this past Weekend. She had just turned 87 on the 21st of December 2021. Peggy, was born in the midst of the Great Depression in 1934, at the Georgetown Hospital in Washington D.C. Her grandson, Finnegan Kendall was born in that same hospital 70 years later. She was the first child of Jean Divine Pierson and Ralph W. Pierson. She was preceded in death by her younger brother Duke in 1975. During World War II, her Father, after several failed attempts to join the war effort in Tampa Bay, Florida, moved his family to Bronxville, New York. Peggy went to Catholic High School in White Plains, NY. She excelled there, even though as a budding fashionista she abhorred wearing the same drab colored uniform each day. She always felt that experience pushed her into the fashion and clothing industry. As a teenager she was a Tennis enthusiast and competed in a local NY City circuit very successfully. She was accepted at Smith College but chose to go to Marjorie Webster Junior College because she loved the Washington D.C. area, and politics. It is rumored she also adored a man in uniform, which were plentiful circulating around Marjorie Webster, an all girls school. She maintained life long friends from her college days. After receiving her Associates Degree she returned home to her family in Bronxville where she started her career at Lord & Taylor in New York City. She worked her way up to be the Manager of Gowns and Special Dresses Department where she met her future husband of 33 years, Thomas Wilson Dowling, a Fordham student at the time. They married in 1959 and lived in Brooklyn Heights and had the cutest white convertible with fire engine red seats and both had successful careers in NYC. Even though their friends thought them crazy to ever leave Manhattan, they decided to move out to NJ to raise their family. Tom unfortunately left Woman a widow in 1992, at the very young age of 57. Peggy and Tom had three wonderful girls while living in New Jersey. Their first, Dorinda (Dorie) Lynn, who enjoys a long and successful career in finance, now lives with her husband Tom in Charlotte, NC. Donna Jean, a Mother, an artist, journalist, and graduate from Purdue University. Sadly, Donna succumbed to melanoma in 2006 leaving her husband Curtis and infant child Finnegan. Curtis, Finnegan, and his new Mother, Michelle Morell are now living in Portland, Maine. And, Peggy and Tom’s youngest daughter, Cathy, an artist and entrepreneur, who with her husband Roland, lives in Costa Rica. Peggy and Tom had moved to Charlotte, North Carolina like many Northerners from NJ in 1989. She adored her adopted city and never looked back. They both loved life in the South and particularly, the Queen City. Woman was loved by everyone that knew her because of her charm, sense of humor, and her engaging story telling. She would have everyone in stitches. Ultimately she prided herself as a Mother and she loved each of her girls and was proud of their accomplishments. She had an outstanding almost photographic memory and could be counted on to recount any event down to the smallest details. She also prided herself on her knowledge of history, geography and of current events. Throughout her life Peggy was always an advocate of good old fashion Common Sense. She loved to travel and had been to most US States and many parts of Canada. She instilled this love of travel in all her children. She once sold Real Estate in Northern NJ and quickly became a Top Broker. She excelled at anything in which she put her mind to accomplish. She was also of all things, an Engelbert Humperdinck groupie and was able to attend, in the past 20 years, just over 80 of his performances. Her last 2 shows she was able to attend were in Myrtle Beach and Wilmington in March of 2020. She loved Englebert and she called him "The Voice!" She always had a direct way of boiling things down to their essence. She will be missed by everyone that knew her and shared her stories and her political passions. One of Dorie’s dearest friends, Kathy Elliott, considered her a Second Mom and Woman considered her a 4th daughter. She had that way with people. She was close to busting out of rehab and getting back home when she sadly left us all in a strange cascade of health problems and although she seemed heading in the right direction she died peacefully in her sleep early Saturday am, January 8th. Everyone at the Rehab center affectionately called her Mama Trump! She loved President Donald Trump and was excited to always share her enthusiasm for the United States. She was proud of her country and always grateful to be an American. "Woman" will be most missed by her two surviving daughters who know this world will never ever be the same with out her guidance, wisdom, and wit. We will miss our Mama Trump and are grateful for her always providing us with the very best she had to offer. She was one of kind and truly a character of epic proportions. Her fierce tenacity to hold onto this life will always remain an inspiration. As her son in law Curtis said accurately on Saturday morning; “She had a good ride!” We only wish it could have continued for many more years to come. Even at 87 her leaving us was far too soon. We Love You Woman! You will never be forgotten and will be with us each and every day. There will be no service and in lieu of flowers please feel free to donate to her favorite animal rescue in her name. Her love of cats knew no bounds and she would be honored to be able to rescue cats in need in her name. Zach’s Rescue 2208 Light Brigade Matthews NC 28105 PayPal: [email protected]

Margaret (Peggy) Kendall Pierson Dowling, who was affectionately known as, Woman! by all those close to her, left us this past Weekend. She had just turned 87 on the 21st of December 2021. Peggy, was born in the midst of the Great Depression... View Obituary & Service Information

The family of Margaret Kendall Dowling created this Life Tributes page to make it easy to share your memories.