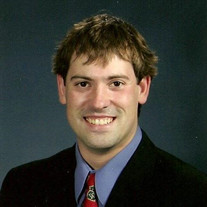 MATTHEW NEELY JACKSON, 28, of Charlotte passed away unexpectedly Monday, November 3, 2014 at his home "CAROLINA MAGNOLIA MANOR." Natural causes due to asthma took our wonderful son and brother. Matt was born January 2,1986 in Charlotte, NC to Susan "Scotty" Herron Jackson and Manuel Eugene "Sonny" Jackson Jr. "MATTDUDE" was a Reid Park Rocket, a Marie G. Davis Dolphin, and graduated a Myers Park High School Mustang where he excelled in the classroom and in sports. Matt loved playing linebacker/safety/special teams in football as a Dolphin, Mustang and walk on at The University of North Carolina - Chapel Hill. Matt also played baseball and basketball, as well as ran track at Marie G. Davis, earning the 2000 Scholar Athlete of the year honor. He played baseball for Steele Creek Athletic Association for 11 years as a pitcher and outfielder. Matt graduated from Myers Park High School with an International Baccalaureate (IB) diploma and was awarded the 2003 Coach Rogers Award for Outstanding Performance in Football and Academics. He graduated from UNC with a degree in Chemistry and Biology (Biochemistry). He worked at ChemTura as a quality control chemist for almost 5 years. Matt accomplished more in his short lifetime than most who live a long life. He was a proud Eagle Scout from Steele Creek Presbyterian Troop 56. Matt loved God and his church, Aldersgate United Methodist. For his Eagle project, Matt completed an extensive renovation of the church vestibule. Matt also loved and cared for people. Whenever you were down or discouraged, Matt always had a way of cheering you up. He delivered meals for Friendship trays, as well as volunteered at the UNC Hospital and Ronald McDonald House. Matt treasured lifelong friendships, football, and his family. We were blessed to travel together to the Grand Canyon, Florida Keys, Nevada, California, and Washington, D.C. We spent many wonderful summers at our family Oak Island beach house, CAROLINA DREAMIN'. We were planning an Alaskan cruise for the upcoming summer. Matt was the apple of his grandpa and grandma's eye, Clyde Neely Herron (who passed away in 2010) and Virginia Ruth Hunter Herron. He was also the most wonderful older brother of Kaycie Elizabeth Jackson and nephew of Vicki Herron and her husband, Tim Moore, as well as the late Darryl Farris. He was also the grandson of the late Charlie and Trudy Rossi. "MATTMAN" loved his Siberian Husky, Dexter, and cat, Stevie Ray, named after Matt's favorite musician whose version of "Little Wing" was Matt's favorite song. Matt played guitar and loved to play this and other songs on his blue Fender Stratocaster. Matt recently met Kenny Wayne Shepherd and heard him play, one of Matt's more memorable experiences. A memorial service to celebrate Matt's life will be announced at a later date. Memorials may be made to The American Lung Association, the Humane Society of Charlotte, or Greenpeace (800-722-6995). Matthew means "Gift of God" and Matt surely was a gift of God to everyone all the days of his life. Our hearts ache with sorrow. We can't wait to see you again, Peebo!

The family of Matthew Neely Jackson created this Life Tributes page to make it easy to share your memories.